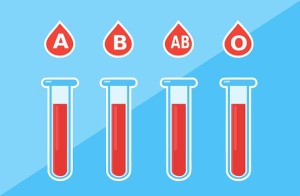 One of the many consequences of COVID-19, medical precautions, and self-quarantining is a shortage of blood donations. Some regular donors, bless them, are still giving. Like the man who made our local news this week for giving 20 gallons of blood over the past 33 years. He is 89.

I’ve been donating blood for more than three decades, too—just not quite as successfully.

It isn’t that I’m squeamish about the sight of blood. Really. As a kid, I could eat fried chicken with great pleasure even after watching my mother kill that same bird by chopping off its head with a hatchet. As an adult, I’ve dealt at least adequately with kids’ cuts, scrapes, and nosebleeds.

But things do get shaky if I’m faced with a combination of blood and needles. Especially when it’s my own blood. Whenever someone, even a trained medical professional, needs to take some of it by piercing me with a sharp object, I feel—uncomfortable.

I cope with routine blood draws at the doctor’s office by averting my eyes from what the technician is doing, gazing at some object elsewhere in the room, humming to myself, and thinking beautiful thoughts. Even with this approach, the world sometimes gets a little fuzzy around the edges. Especially if it’s one of those fasting blood tests where you have to show up before breakfast.

In spite of this little weakness, I am also a public-spirited person who wants to do the right thing. Which is why, years ago, I decided I should donate blood.

With my then-husband as support, off I went to the blood bank in Sioux Falls. On my lunch hour. Before I ate. This is not a strategy I recommend.

I settled into the big recliner, the phlebotomist put a needle in my arm, blood started flowing out, and—I only know what happened next because my husband told me about it. “You passed out so hard that they had to go get a doctor to wake you up. I’ve never seen anybody actually turn green before.”

As we left, the supervisor told me gently that they appreciated my willingness to donate, but they had other blood donors, and my blood type was not rare, so they really didn’t need me to come back. Which was just fine with me.

Fast forward to Rapid City about 30 years later. I was older, I had added a few pounds, and I was wise enough to not donate blood on an empty stomach. Still being a public-spirited person wanting to do the right thing, I thought I’d try donating again. Off I went to the blood bank.

I settled into the big recliner, the phlebotomist put a needle in my arm, blood started—well, not exactly flowing out. It dripped, very sloooowly. People in the nearby chairs came in, gave their pints, and trotted off to get on about their day. One of them told me, with that condescending kindness reserved for the well-meaning but utterly incompetent, “Don’t feel bad. You’re doing the best you can.”

Finally, after collecting half a pint, they decided that was close enough. Next time, they suggested, I might try donating plasma, where they take the blood out, run it through a machine that harvests the good stuff, and then put it back.

Okay, I could do that. I showed up again. I settled into the big recliner, the phlebotomist put a needle in my arm—and all went well. The blood flowed out, the machines did whatever they did, the blood came back. Afterward, without even a wobble, I walked out to the lobby and sat down in one of the plastic chairs to wait the required 15 minutes before driving home. I felt triumphant, competent, even smug. Good for me; I could do this.

That feeling lasted until I woke up on the floor, with several concerned faced peering down at me.

As soon as my eyes were open and I could remember my name, they hoisted me up and gently but briskly marched me back to one of the big recliners. Apparently, it isn’t the best public relations to have potential donors come through the door and find someone passed out in the middle of the lobby.

But it’s embarrassing to be walked through the blood donation center by a nurse who is holding you up by the belt loop at the back of your jeans. I felt about two years old. They tucked me into the recliner with a warm blanket and brought me juice. I felt even more like a two-year-old. I spent the next couple of hours there, drinking juice and having people come by periodically to take my blood pressure. My partner Alvis had to come get me.

As we left, the supervisor told me gently that they appreciated my willingness to donate, but they had other donors, and my blood type was not rare, so they really didn’t need me to come back. Which was just fine with me.

Given the urgent need for blood donations right now, why am I telling you all this? As a strategy for encouraging you to give blood, it’s about as effective as my fainting on the floor of the lobby.

This is why: Because, a few years after my being kicked out of the second blood bank, my partner Alvis was in the hospital with the illness that he eventually died from. He reacted badly to a cancer drug and started bleeding internally. Over a 24-hour period he received seven units of blood. At that time, it saved his life.

It’s easy to joke about giving—or not giving—blood. But it’s really not funny when people like me can’t donate.